One cannot think well,  love well, sleep well, if one has not dined well.  Virginia Wolfe 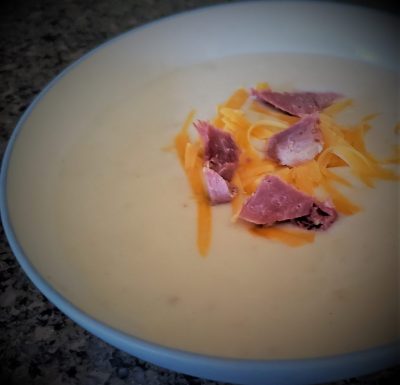 THERE is nothing more comforting on a cold night than a bowl of delicious soup.  This Potato Soup recipe calls for pork broth rather than the traditional chicken broth.  The results are splendid!

When we have our hogs butchered, we ask for the bones and use them to make and can up a delicious, rich broth.  The broth is great to have on hand and really makes the flavor of this soup shine.

Storage:  This recipe makes a large (16+ cups) pot of soup.  It keeps well in the refrigerator or freezer.  It has a tendency to thicken in storage, so when reheating, you may want to add more half and half until it reaches your desired consistency.

Variations:  This is a versatile soup base.  While this version calls for adding leftover, smoked AGH ham,  adding bacon to make Potato-Bacon Soup would be great alternative.   Also, adding two small cans of petite clams (including the liquid) to the basic soup creates an over-the-top New England Clam Chowder. 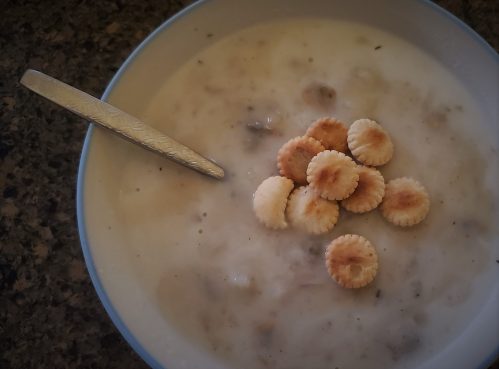 You do not seem to be an active registered member of the AGHA or you are not logged into your membership account. This page is provided as a benefit for AGHA members only.

If you believe that you have reached this message in error, please contact the AGHA secretary to correct the mistake. If necessary please login using the button below or click here to be taken to our membership application page.